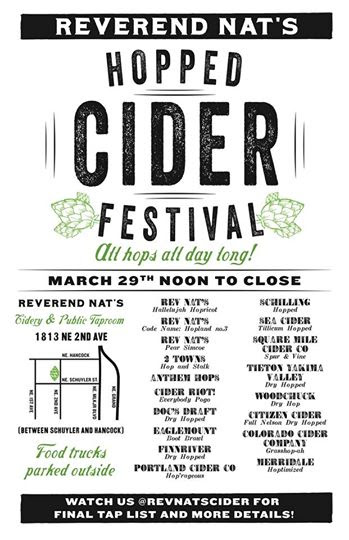 Hopped Cider Festival
We’re excited to invite you to the first-ever hopped cider festival in the country, taking place at our very own taproom on March 29. Featuring over 16 hopped ciders from all over the country, the festival will include our Hallelujah Hopricot, Codename: Hopland #3 and Pear Simcoe as well as other regional favorites, hard-to-find experimental ciders and far-away treats. Show up anytime from noon to midnight but get there early, because some may not last long!Click here for the Facebook event page.

Honors and News
We’re honored to announce that the special-release Lorrie’s Gold was chosen by WIllamette Week as one of their Top 5 Ciders of the Year for 2013. They described it as “intensely dry and tannic…a bit peppery and earthy…” There are still a few bottles left at the taproom for tasting and buying. In the same issue we’re included in the Beer Guide 2014: Directory of Portland Cideries.

Portland Mercury did a great review of our operation last October calling our Hallelujah Hopricot “a truly disruptive, game-changing cider.” Also in October, Portland Monthlymagazine showcased Nat and the taproom for a beautiful full-page story. In September, we achieved national recognition in Saveur, with a nod to our Providence Traditional New England.

In possibly the best accolade yet received, our Hallelujah Hopricot was included in Pete Brown’s magnificent 2013 book, World’s Best Ciders. This book is widely available in local bookstores and online.

So many ciders, so little time. If you’ve been down to the taproom lately, you know there have been several newcomers to the taplist. There’s an addition to the Revelation series, Revelation Lady-Api, which is light, delicious and truly sessionable. (We’ve already released Revelation Newtown Pippin and Revelation Gravenstein which are available at the taproom.) In the next few weeks, look forward to John Adams’ Breakfast Tankard, a low-alcohol, unusual and satisfying quaff with coffee and mandarin orange zest. Also look for a return of everyone’s favorite crazy-good pineapple Tepache, a new batch of lactobacillus Sacrilege Sour Cherry, and a new series based on the 7 Deadly Sins. 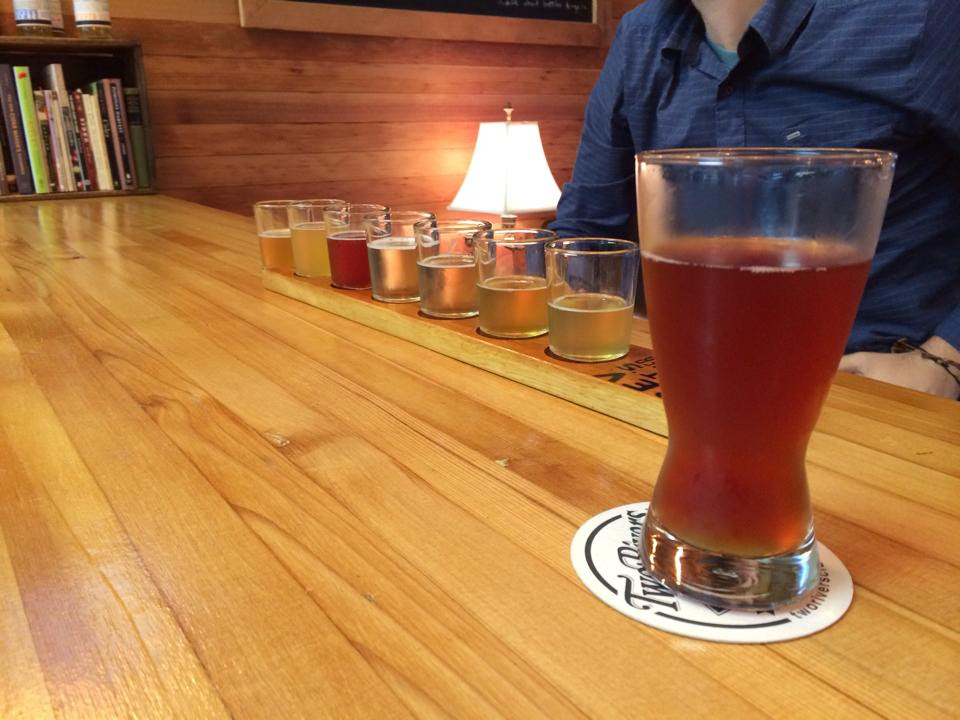 While we generally think there’s little reason to leave our perfect city, friends and family in other states will be thrilled to hear our ciders are now available outside of Oregon! Tell people to look for us all over Washington and in select stores in the San Francisco Bay area and Southern California. Check the website for specific retailers. We’re also heading into Idaho soon. Even for those not in the West, a few of our ciders are available online at Made in Oregon and can be shipped just about anywhere in the U.S.

In case you’re wondering how we’re fitting in all this cider, here are some numbers. When we first moved into the 2nd Ave. location, we had 3300 square feet of space. We’ve now increased that to 4800, and are looking at adding more room for a total of 6300 sq. ft. soon. Thank you for all your support in the last 18 months, and we’re looking forward to seeing you at an event or the taproom soon!